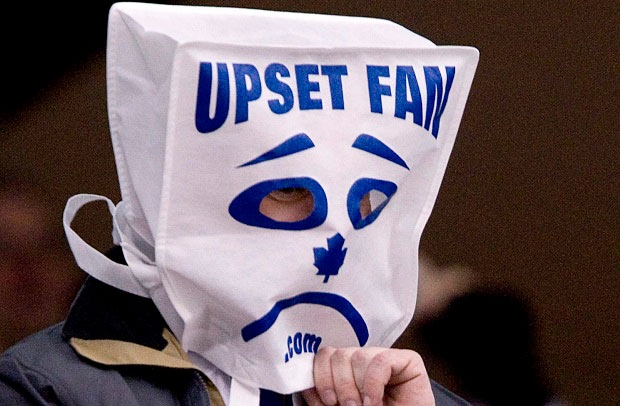 There was confusion, Then Anger. Then despair. Then worry.

The Radnor Rink Rats, who had long been floundering, had seemingly found life under new owner George Baschul. There where an energy of new life with a new perspective, fresh blood being injected into the line-up and the front office.

Now, original owner Damian Stamm is back in control after an absence - some say way longer than the official one - to take control of the founding franchise that won the UHL Championship in Season 2 but has yet to sip champaign since.

The move came over the hectic holiday break when the US was itself undergoing tremendous turmoil, leading to speculation that the timing of the move was designed to "bury the news". While the new-but-old GM defends his return to the team, he acknowledges the harsh criticism that has come from a crusty but devoted crowd.

"For sure, I think a lot of the criticism is fair," he said. "There were a lot of underlying factors that have led into what has gone on over the last 5 years. The state of the hockey team is what it is because of that and now I am focused on building on a strong core to returning to the championship."

The focus remains on the young core with the steady presence of Roman Josi as the anchor on the blueline. The team has depth on the right wing with snipers Mikael Granlund, Timo Meier, and Cam Atkinson, while building around the young core of Sebastian Aho, Matthew Tkachuk, and Kirby Dach.

"There's a foundation here," Stamm said. "This time, we expect to see it through."

TILBURG, THE NETHERLANDS -  Trappers GM Joeri Loonen is not known for being avid in trading and is rather known to build through draft and free agency. Hence, many fans wondered if their team's GM was even aware that trades could be negotiated, frustratedly seeing deals made by divisional rivals.

Soon after Christmas, the Trappers media department suddenly started to send out Twitter feeds with players acquired via trade. Was this a return gift for the lack of a white Christmas or will this mark the change of an era of virtually no trading.

Tilburg Tribune (TT) arranged an interview with GM Loonen to find out and in parallel were able to bust a couple myths on the side. 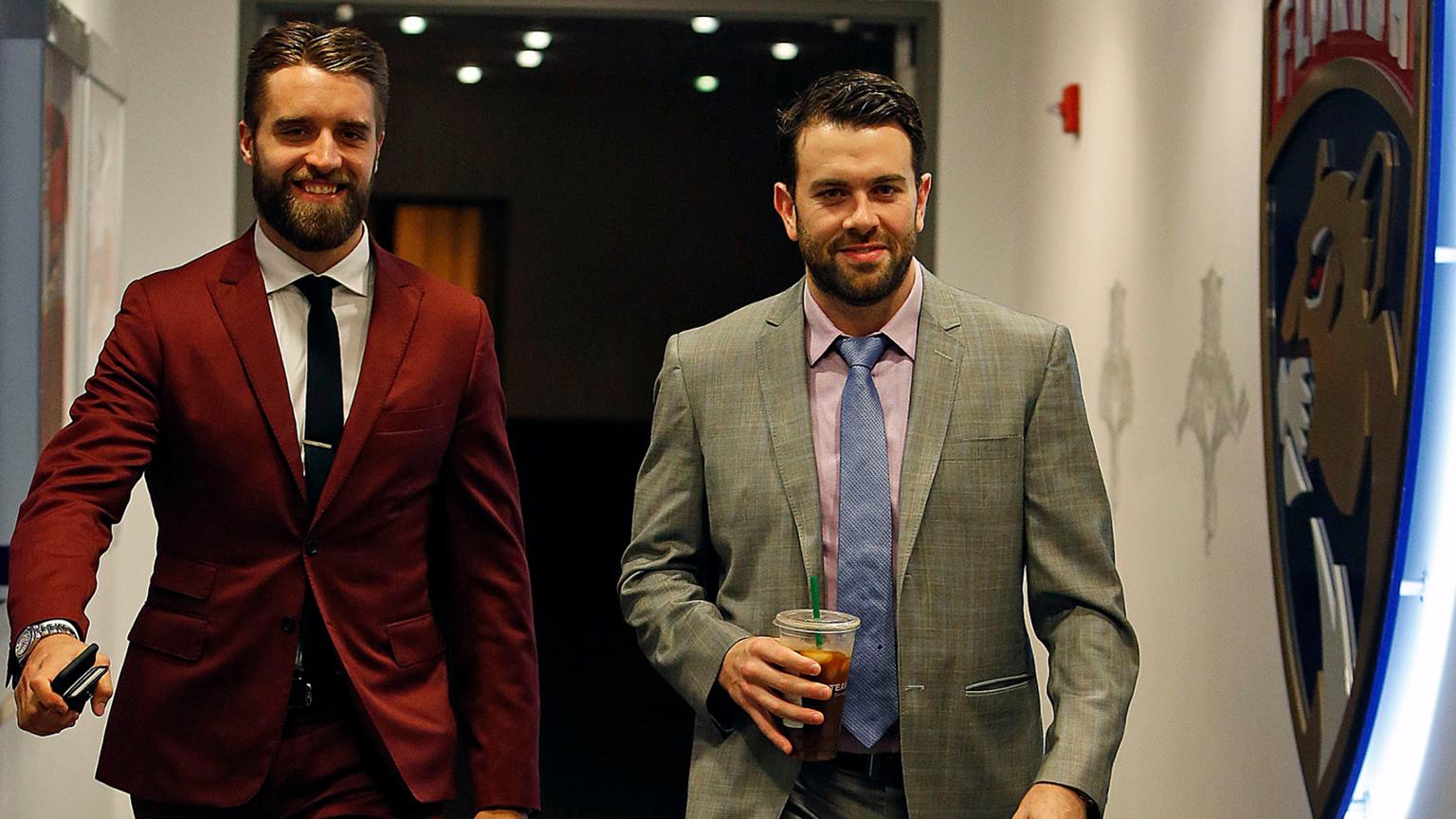 Yandle on his way to his second Tilburg Tour of Duty

MYTHBUST 1: GM Loonen does not know about existence of a trade market!

TT - prior to the holiday season we sat here at the exact same spot where you stated the roster for upcoming season was set and you had full confidence to give opportunities for rookies to don the Trappers uniform. Did you lose your trust in rookies by basically stuffing the roster with veterans now?

JL- As a Trappers organization we will always look inside our own organization first before exploring for options externally. After our first week of scrimmages we felt our team was in need for some additional leadership. Aside from  that we never want to pass up on a good opportunity when it comes around. This year we felt the trade market was very favorable as a result of some heavy bidding going on in the Free Agency market.

MYTHBUST 2: Coaching staff praise will secure you a job!

TT - in one of the first deals made, you traded away Pat Maroon who flourished after returning to the Trappers last season and helped propelling the team into the playoff semi finals. Recently you once again stressed his importance both on and off the ice and lauded his attitude. How come within a week of this statement, Maroon was shipped out of town?

JL- Let me start off by saying that Pat is a fantastic player and an even better person. When he returned to Tilburg, which was one of his desires, he stepped up great and was the driving factor behind a successful season. However the coaching staff felt that with the current set up of our team we would be better off with a more skilled winger instead of physicality and therefore we are delighted to bring back another long time Trapper in Brandon Saad. Who knows one day, Maroon can make it a third return and finish his career with us.

TT- You brought in veterans like Stepan and Yandle who have had their best years behind them and are currently blocking the pathway for Trappers, future. Why the sudden appetite for past glory?

JL - I challenge you to get back to me at the end of the season with this quote. Both deals can’t be seen in the same way.

We felt we lacked depth at center and Stepan provides us exactly that combined with some experience and leadership in the locker room. We are confident he can still produce at 40-50 point rate when deployed correctly and with Stastny having indicated he wants to end his career in Canada after this season, we feel we have someone in Stepan who can fill that hole. When we heard he became available at a cut price we took the bait immediately.

The Yandle trade should be seen in a different perspective. Albeit he isn’t the player he once used to be, he still can be a valuable asset on the power play and he felt he still had something to show for after having left the Trappers organization one year after his arrival earlier.

With plenty of cap space left, we realzed we could use an extra defenseman that can step in, in case of injuries. We now have 7 defensemen who will be used in a rotation system.

The trade wouldn’t have happened with the Hinostroza trade not being in place.

The combined trades saw us gain a forward who is about to reach his prime and still RFA eligible plus Yandle for the price of Andrew Poturalski and Grant Hutton, as both 6th round picks cancel each other out.

I’d say with that trade we create room for our youngsters to develop on the farm and at the same time strengthen our UHL team. I agree to disagree with you.

MYTHBUST 4: Trappers will win the UHL next season!

TT- it is not going to happen but another elimination of the Mustangs would still be a viable alternative.

The General manager of the Stompers organization, Joe Mantell, has been busy this offseason. A relocation of the team to the Pacific Northwest, a change in coaching staff, fresh faces on the roster and a promising 2020 entry draft have left the new man in charge feeling optimistic about the status of the franchise.

“We felt that a move to the west coast was an astute one for our club – the city of Vancouver is extremely enthusiastic about having a UHL franchise here [merchandizing opportunities are virtually endless] hopefully the players will respond well to being in the spotlight.”

Moving the farm team to nearby Burnaby should also facilitate the development of the team’s deep prospect pool under the watchful eye of new Raven’s coach, Jay Leach.

As for the Stompers, coach Lindy Ruff was not offered a new contract, making room for new head coach Rod Brind’Amour who should have no problem acquiring the respect of the roster.

“I’m looking forward to seeing what Rod can do with the team”, Mantell said, speaking from Stompers HQ in the hip heart of East Vancouver, “I think we’ll be a more difficult team to play against then in recent years. We all know that Rod has a great reputation for bringing his players into line. I mean, Rod could probably still play today and put up points…he commands respect.”

At the heart of the new-look Stompers franchise are young star Jack Eichel and freshly signed all-star goalie Carey Price. For the 32-year-old Price, he moves back to his home province after spending the majority of his career on the other side of the continent. He will be joined by new additions Jaden Schwartz, Tyler Bertuzzi and Jakob Silfverberg, brought in to provide more scoring for a club that struggled in this regard for much of last season. GM Mantell made a considerable number of signings in free agency but was fairly restrained in handing out large contracts.

“We knew going into free agency that we had a number of gaps in our roster that we needed to fill – I think we addressed those”, said Mantell, “We had an opportunity to sign Carey which became a priority for us - a goalie of his calibre becomes a cornerstone for a franchise like ours. We’ve added some offensive support for Jack and surrounded him with some solid veterans while our young players and prospects develop. It was important for us to maintain cap flexibility as we look to signing our youth moving forward. We are anticipating being much more competitive in the near future”.